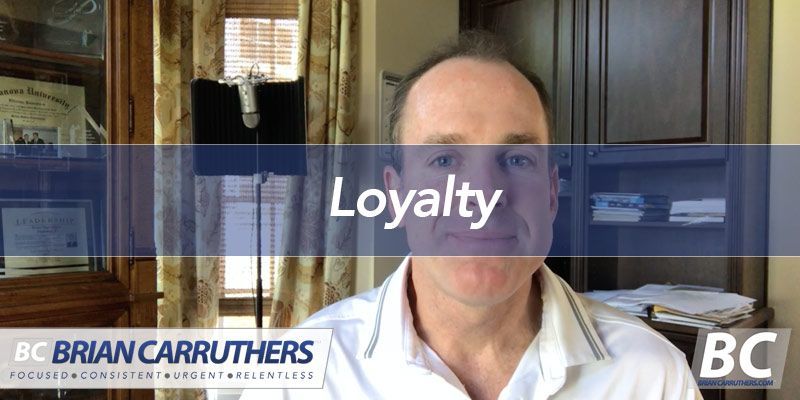 People do business with people they know, like and trust.  You’ve likely heard this before.  It is so very true.  Think … would you be a customer or someone who you don’t like or trust?  Much less join them in a business where you’d have to be around them and count on them for support?

Honesty.  Trust.  Loyalty.  These are hallmark character traits that cannot be missing in you if you ever hope to build a team that will follow you.  No amount of flash or hype can replace it.  No sort of promises or compensation offers will suffice.  Time promotes or exposes everyone.  Who you are will eventually be found out.  Either you’re a really good person, or you’re a “taker” who really only cares about yourself.

Let’s talk about Givers and Takers.  I have dealt with both.

Takers are always looking out for themselves, first and foremost.  While we all have self directed desires to gain and accomplish, it becomes a problem when you are willing to cut in front of the line or displace the interests of others for your gain.  If you are always weighing what’s in it for you before helping others, your heart may not be in the right place.  Me me me is what people will see.  And thus they realize that they do not factor into your decision making process, and you only deal with them in order to gain personally.  Takers almost have a body oder to them.  People can smell you coming and don’t want to be around you.

Givers are different.  They are refreshing.  Givers always look for ways to align their own interests with the interests of others.  “How can I serve you?” is how they think.  They know they will be served in the end if they do enough good for others.  It’s a law of reciprocity, and it is truth.  It does happen, the more you help others, the more successful and happy you become.  If you focus on helping people you know find customers for THEIR businesses, you’ll be shocked at how many customers they will soon send your way.  The key is to do it for them without expectation of reciprocity, and just let the universe do its thing.

Test:  I hosted a dinner for my entire leadership team.  One leader came to me when we sat down and asked if I was picking up the check.  I said “Yes, this dinner is my treat.”  He smiled and returned to his seat.  About 10 minutes later I see the servers start to bring out appetizers.  It was crazy … this guy had literally SIX appetizers laid on the table in front of him.  Is he a Giver or a Taker?

Honesty is mandatory for success.  You cannot have trust with others if you are not honest, always.  If you ever give people a reason to doubt your word or intentions, you’ve lost their trust, and thus you’ve lost them.  I have watched “leaders” time and again get dismayed that their followers/team keep disappearing.

Test:  John Smith promises his team members that if they go sign up 5 new customers, he will put a recruit under them.  Mary gets excited, runs out there and signs up five within days.  A month passes and Mary never sees a recruit.  She stops asking about it and just goes quiet.  She hasn’t done any business since.  Did John’s lack of honesty hurt his business, and those who trusted him as a mentor?

Loyalty is a funny thing.  If someone cares mostly about themselves, they tend to be very loyal … to their self.  I see example after example of people who have no loyalty to their company, to their mentors, or even to their teams.  And frankly, I would argue they are not even loyal to their own decisions and commitments.  If you decide to start a business, you must be loyal to that decision and don’t cheat on it.  Don’t even look at other pretty opportunities.  If you marry someone, don’t even look at other people as options.  Loyalty means there are no other options or potential cheats.  You cannot expect people to be loyal to you if you do not display it and have a track record of being loyal.  By the way, if you are not loyal to your spouse or to your friends, don’t for a minute think that it doesn’t impact your public business perception.

In network marketing, can you be loyal to two businesses at one time?  I have never seen it work long term.  It’s like being the husband or wife in two separate families.  Sure you can try that, but I bet the results will not end up favorably.  At the end of the day, my point is that people choose to follow committed people.  If you are not someone who cannot commit and be loyal and honest, don’t expect trust.  And don’t expect a team to ever develop and stick with you.  Choose to be a giver not a taker.  Choose to be the best human being you can be, and when the person in the mirror is attractive, you will attract many followers.  Your example will also cause others to emulate you and become incredible leaders of people too.

A couple that grows together stays together

Edification will grow your MLM business

Bitcoin is about to make a huge move

Why I Became Homeless This Week (repost)

Previous Post Can a Part-Timer Make it in Network Marketing? Next Post Did You Get the Free Ebook?